Lorenzo Villar
ACMI JAPANESE CINEMA
→
ACMI
Japanese
Cinema
Data Visualisation, Digital
This series of data visualisations were made for ACMI’s publicly released data-set for preservation, exhibition and promotion.  This concept came about after watching the recent Hollywood adaption of Ghost in the Shell. Based on the 1995 Science Fiction anime of the same title that was based on the manga by Masamune Shirow. These facts are in fact unimportant. However, I was inclined to visualize how much of the collection was Japanese cinema.
This project was a part of a studio class conducted by Ziga Testen at RMIT with a brief provided by the Australian Centre for the Moving Image (ACMI) and a publicly released data-set containing roughly 40,000 records of digital access, film, DVD and VHS titles. 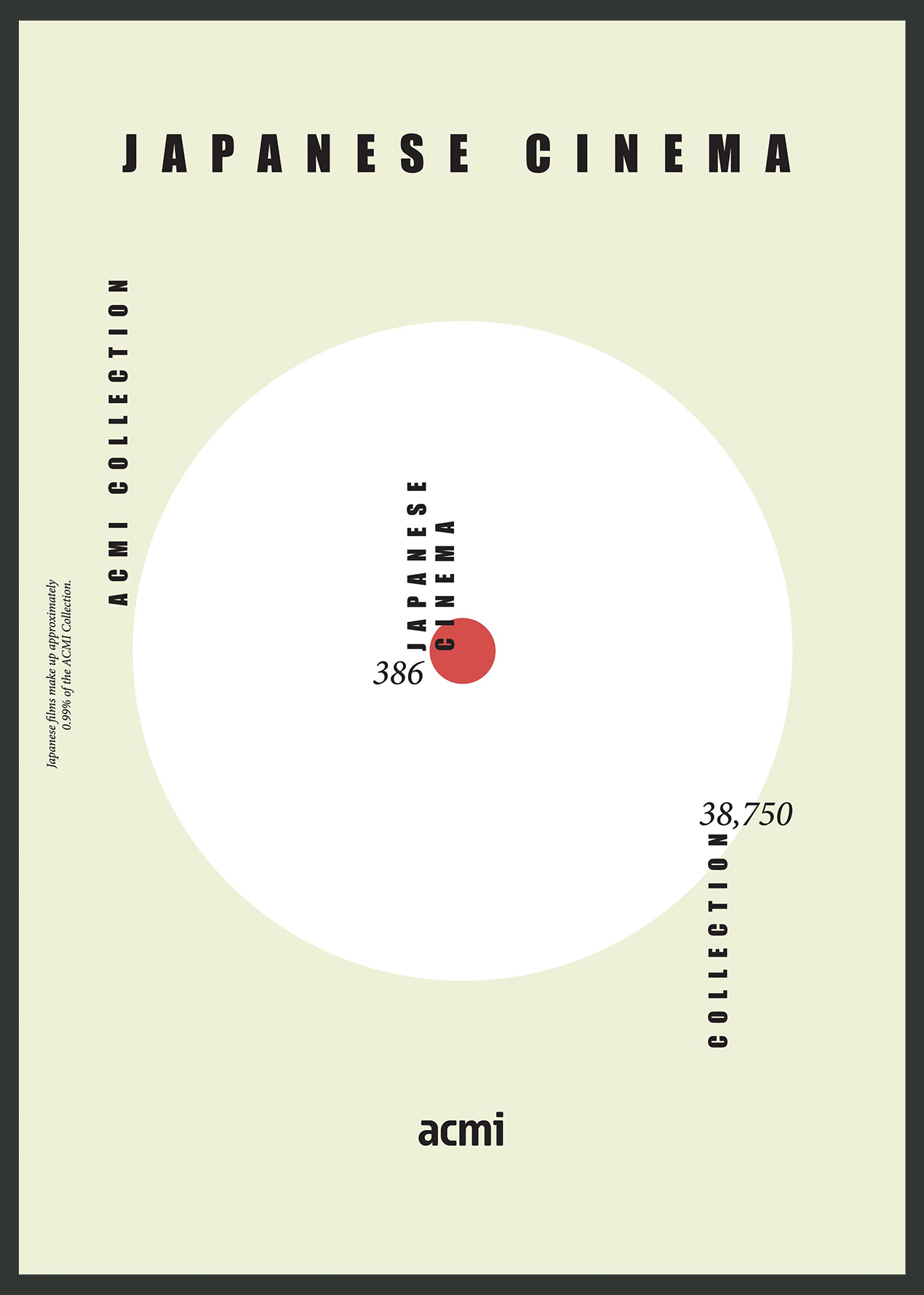 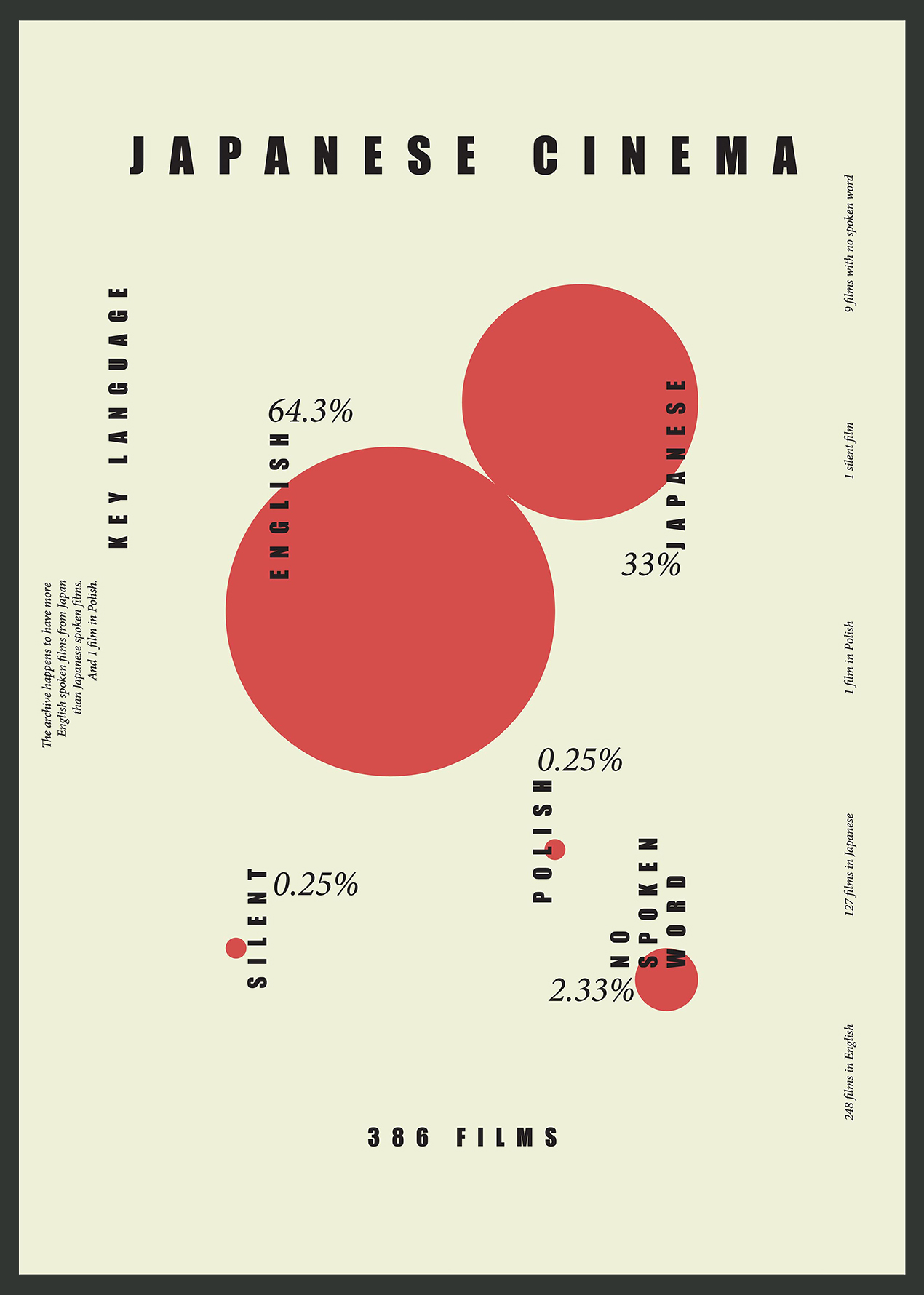 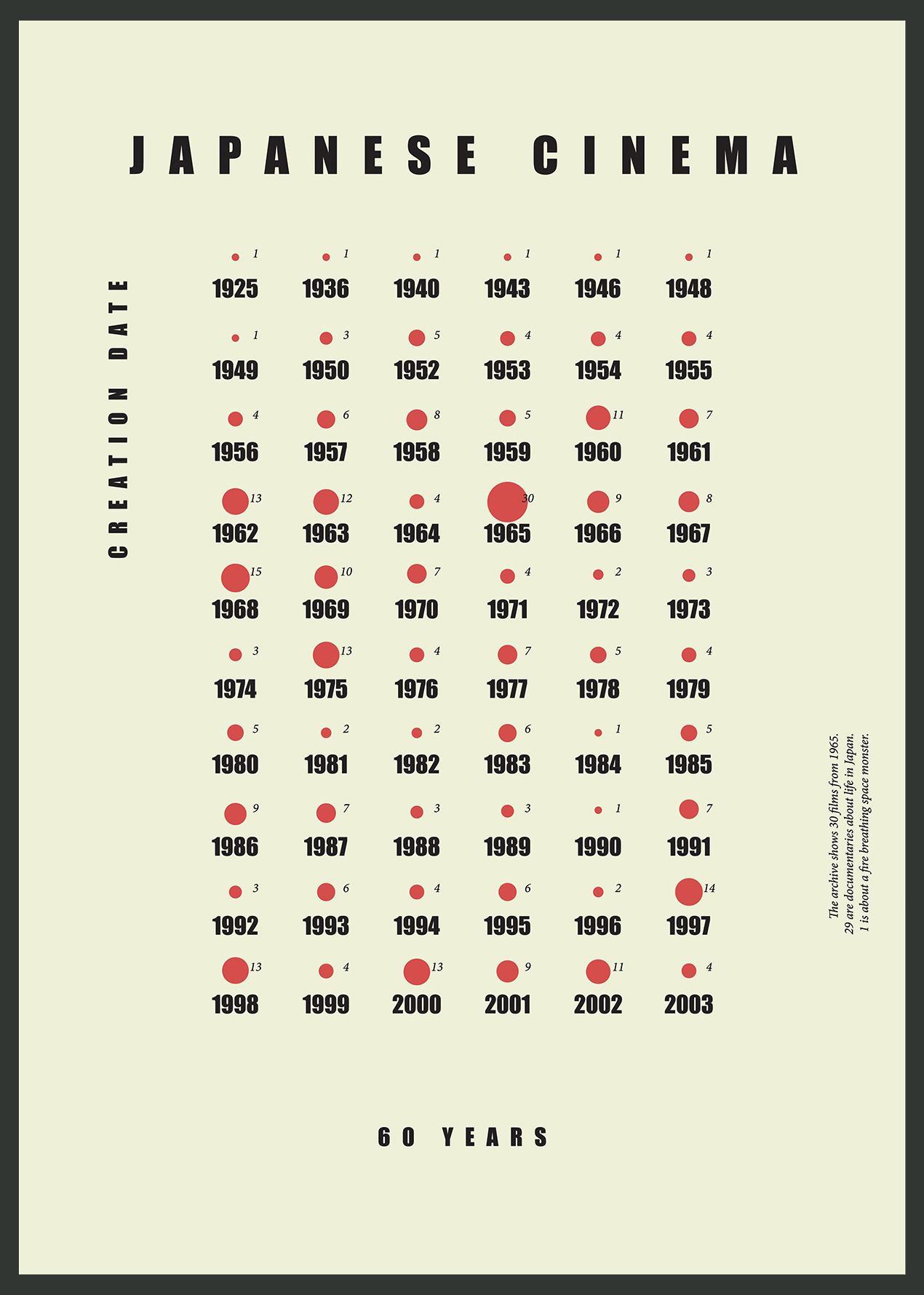 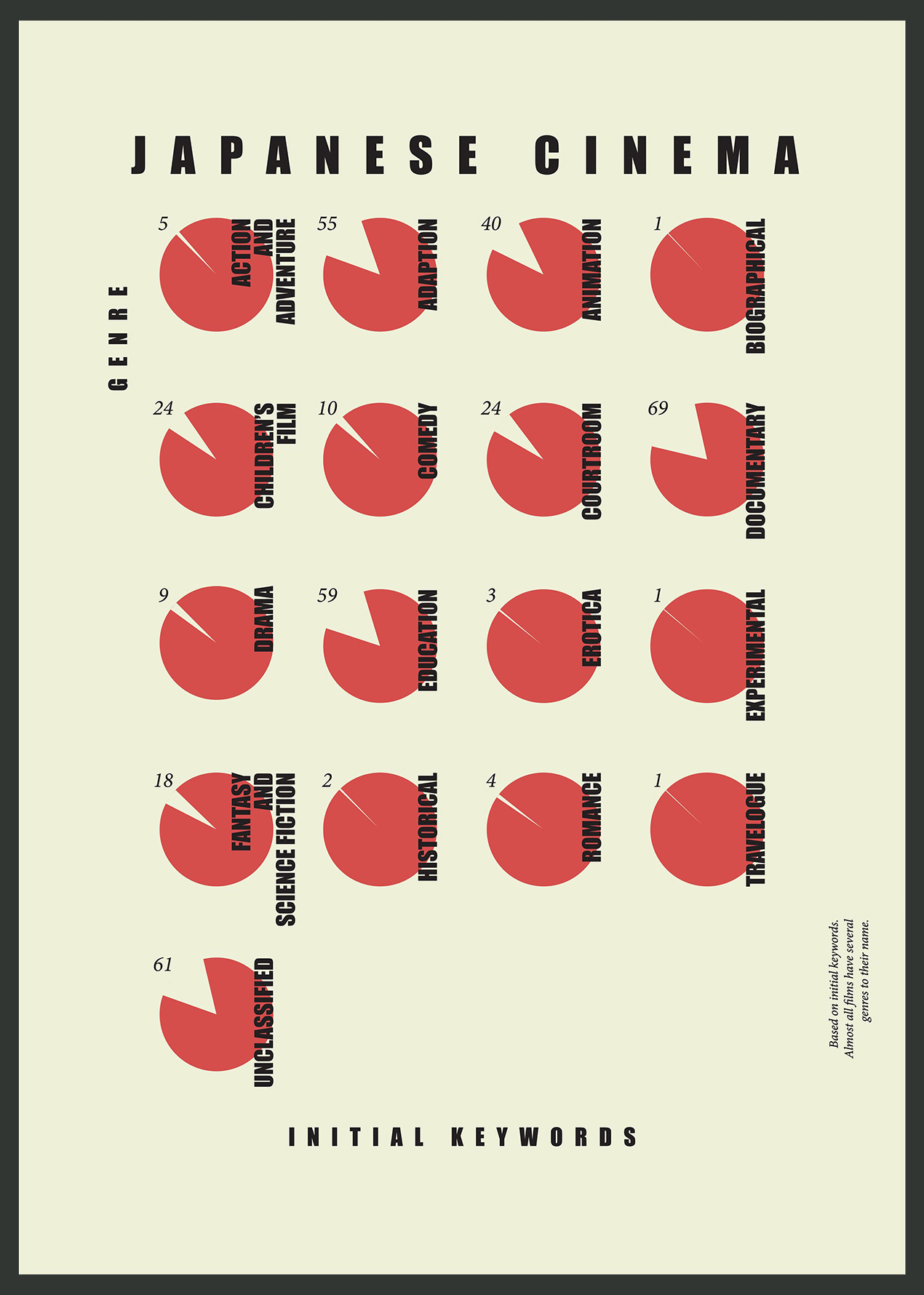